The jade flowers I show in this post date from the Ming-Qing period(1368-1912 )  Carved in rosette or elongated shapes they were mostly used as hairpins, hair ornaments or formed parts of larger headgear. The smaller flowers shown in picture 4 could also have been used as buttons. 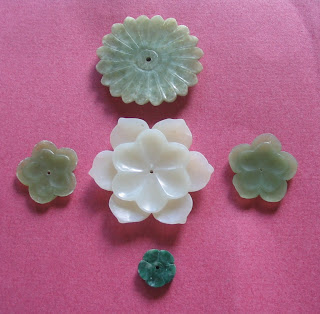 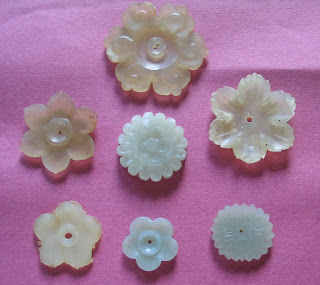 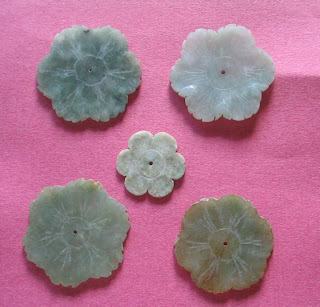 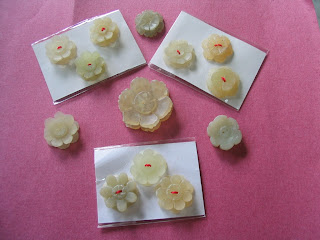 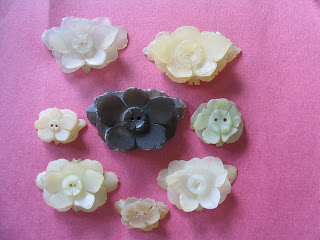