From neolithic times to the present day, birds in their infinite variety and plumage have been carved on jade. These captivating jade birds have also caught my eye and in this post I will be showing a selection of favourites from my collection. 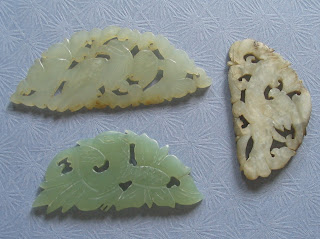 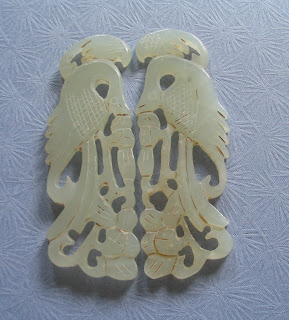 Measuring 6cm this pair of tall cranes could not have been hat or hair adornments. Perhaps they were originally used as inlays for furniture, boxes or screens. 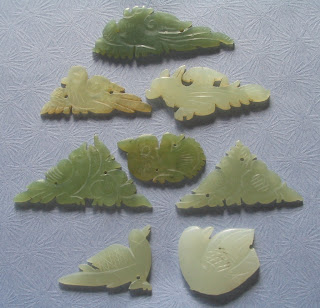 Pic 3   A flock of  nephrite birds

The nephrite birds in Pic 3 are small flat pieces which have served a variety of uses from hairpins, headgear  to  hat and garment ornamentation.

The jadite birds in Pic 4-5 are of more recent origin and were probably meant to be used as pendants. 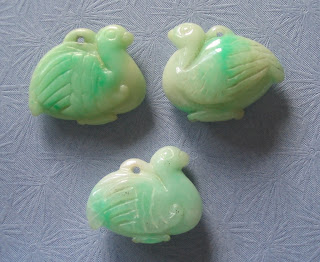 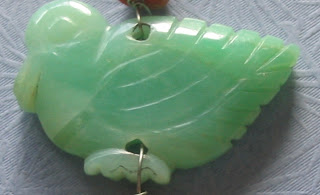 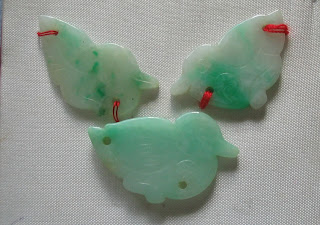 The jadite pigeon or doves in Pic 6 are jade applique sewn on to clothes. 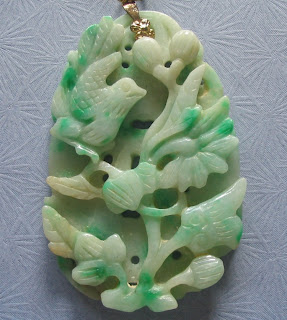 Here's a large heavy 5.5cm jadite pendant which is carved on both sides. One side shows a perky bird among foliage while the reverse depicts a chinese coin. It must have once graced the neck of some grand chinese dame. 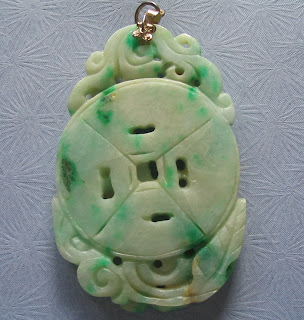 Pic 8  Carved on both sides with reverse showing a coin 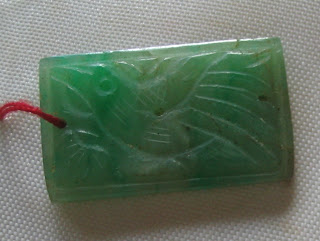 
Pity this jade plaque in Pic 9 is a standalone. If I had a few more pieces I could make a pretty bracelet. 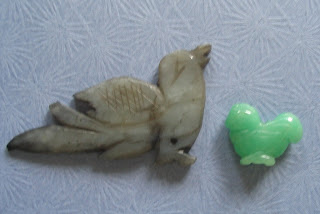 
The large bird in pic 10 is likely to be from Qing to early 20th century while little chick is a modern bird bead. Such new bird beads can be found in large quantity in the Guangzhou jade  market, shown below. 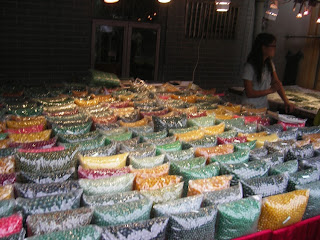 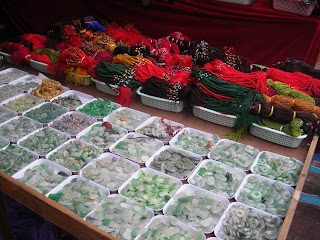 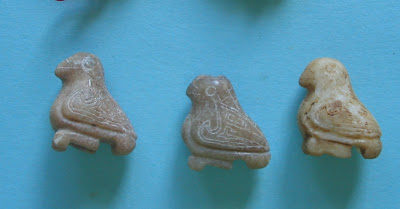 I really love this trio of old birds in Pic13. These sweeties  have a solemn, dignified bearing and look like they have stepped out of the archaic age.  I'm going to make a wild guess that they maybe as early as Han time. Hah ! That's what I am secretly hoping :)  As a bonus they are also beads being perforated from crown to base. 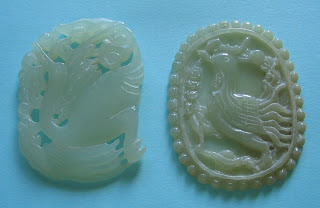 Pic 15  Pair of love birds from the Qing dynasty

And finally here's a pair of love birds from Qing dynasty which are also beads.
Posted by BAIYU